Terracotta means “cooked earth” in Italian. It also has various spellings: terra cotta or terra-cotta. Usually any type of clay that is baked or cooked can be considered “terracotta.” However, from an artistic standpoint when referring to “terracotta” it means the coarse porous clay when fired usually turns an orange or reddish color and though rarely glazed, it can be glazed or painted.

Throughout the ancient world, one of the most common uses of terra-cotta was utilitarian: making bricks, roof tiles, and sarcophagi. Small terra-cotta figures have been found in Greece and dating to the Early Bronze Age. Greek artists carried the craft to Etruria, and when both Etruscan and Greek sculptors moved to work in Rome, Roman sculptors then used it, but without much frequency. Most Greek terra-cotta statuary, more common than once thought, was used to decorate temples. The terracotta Etruscan statues, Greek in style, but often with a more jovial or warrior game scenes were widely admired in antiquity. Figures on Etruscan sarcophagi often were of terra-cotta. Few Roman terra-cotta statues have been found. Ancient cultures of Latin America also used terra-cotta to create figures. 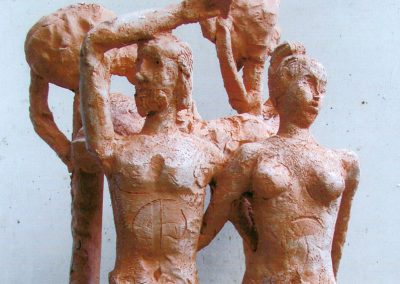 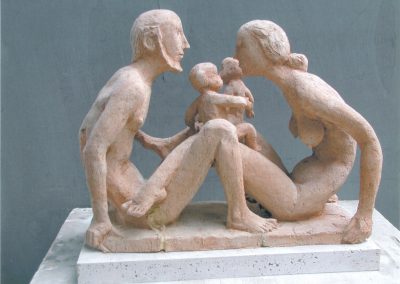 FOR THE FOUR OF US 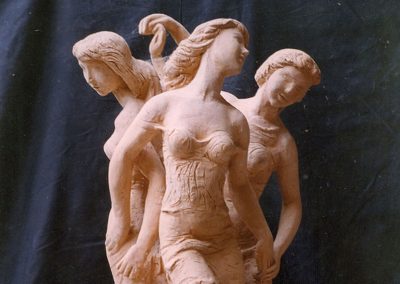 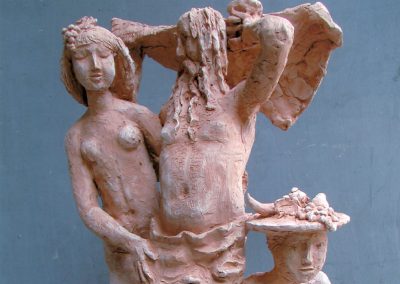 LOT AND HIS DAUGHTERS II 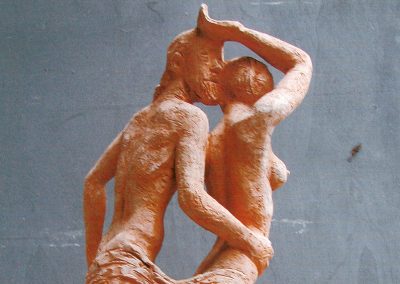 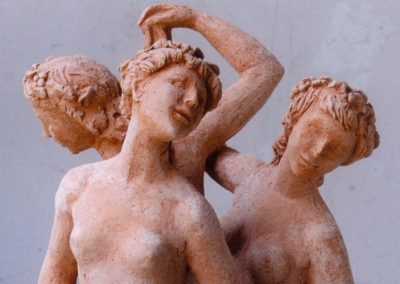 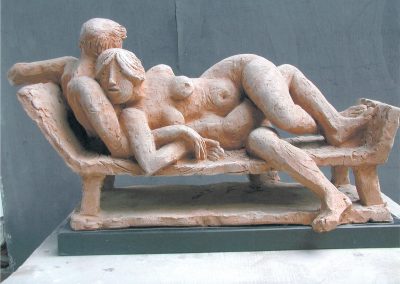 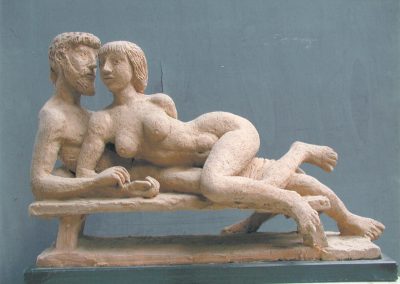 LOVE ENTWINED ON THE DIVAN 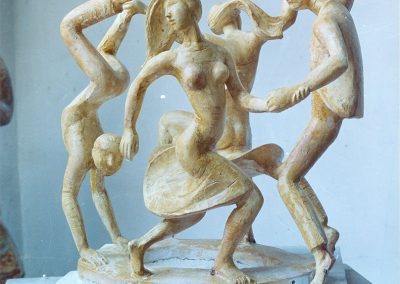 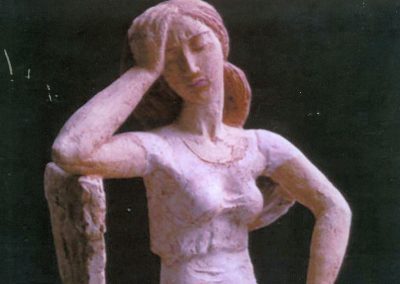 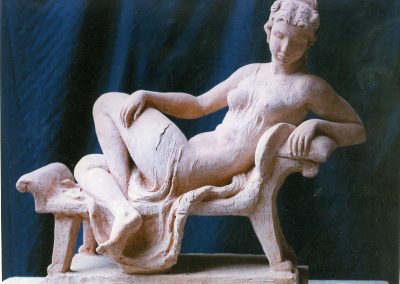 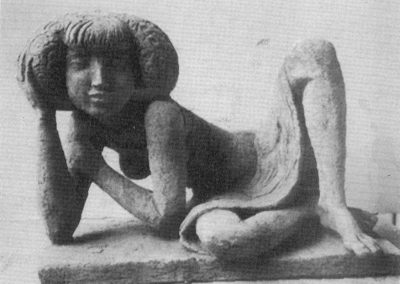 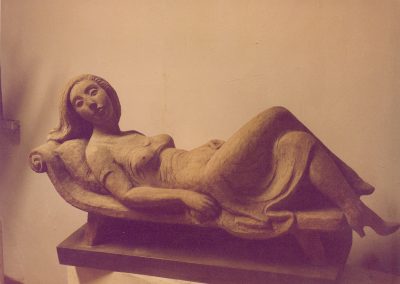 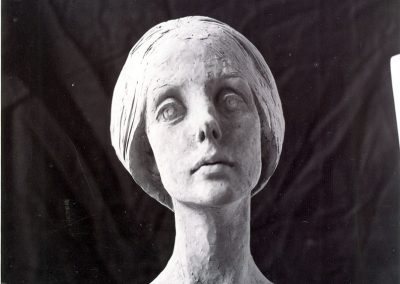 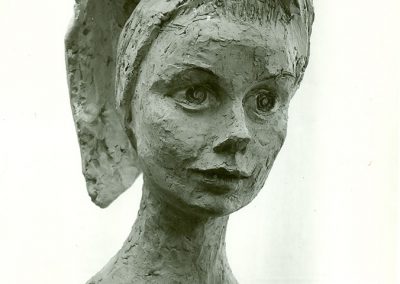 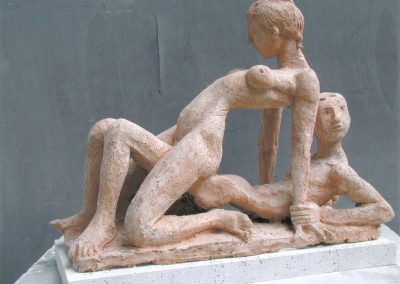 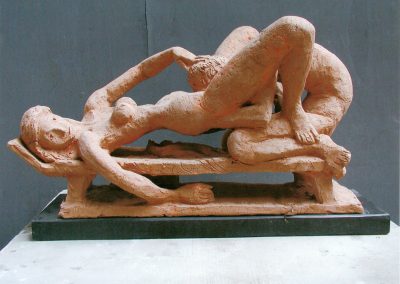 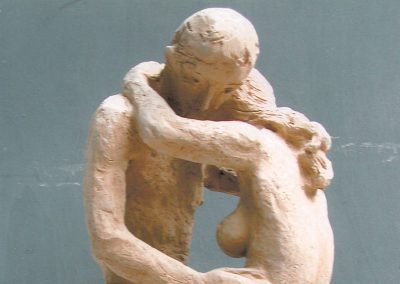 ONE LEG UP, EMBRACE 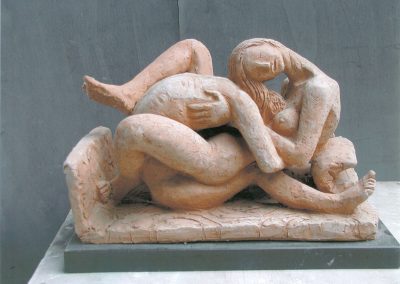 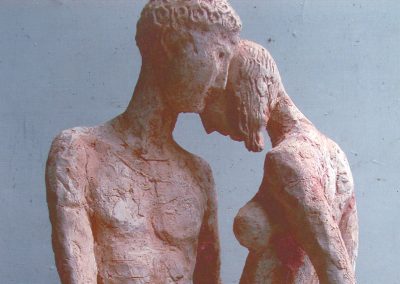 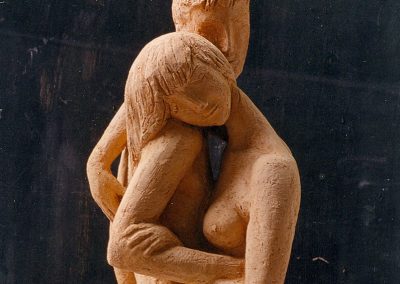 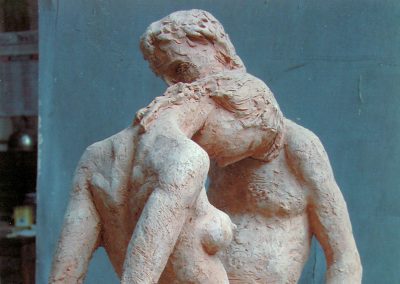 BACK TO WORKS OF ART BY MEDIUM