WPA AND ITS IMPORTANCE TO AMERICAN ARTISTS

The Works Progress Administration was an ambitious employment and infrastructure program created by President Franklin D. Roosevelt (FDR) in 1935 during the Great Depression.   It was in existence for eight years and put about 8.5 million Americans to work and part of the New Deal. Designed to prove relief for the unemployed by providing jobs an income for millions of Americans. It is best known for its public works projects such as the Hoover Dam, but it also sponsored projects in the arts, employing thousands of artists, musicians, writers, and actors.

Under Federal One, which is the program in which the WPA artists worked, FDR intended for artists to create inspiring, motivational, and entertaining works that would give a hopeful view of life amidst economic turmoil. Sculptors created monuments and works of art that were reflected and motivated and inspired by parts of “American Life.”

Mr. Hebald’s WPA work that still exists today, reflects aspects of the American worker and parenting in PigaBack where a father carries his young child on his back. In Elements in a Life Study about apartment life in New York City during the Great Depression one feels the deep oppression of economic woes of the time. One of the musicians who was ever present in American artistic circles during this time, was Huddy Lead Belly and because of Hebald’s intimate friendship with him, he immortalized his portrait in Lead Belly the Guitarist. One of the only remaining public works of art, though currently displaced, WPA works of Hebald can be found is Boating on Toms River which was commissioned for the US Postal Office in Toms River, New Jersey. Unfortunately, many of his larger public works have long since been destroyed. Hebald graduated from the WPA arts school and later taught art through its teaching program. He found contemporaries through the WPA and the A.C. A. Gallery acquiring life-long friendships with sculptor Chaim Gross, Mexican muralist David Alfaro Siqueiros, painter Willem de Kooning, and sculptor/artist Isamu Noguchi. 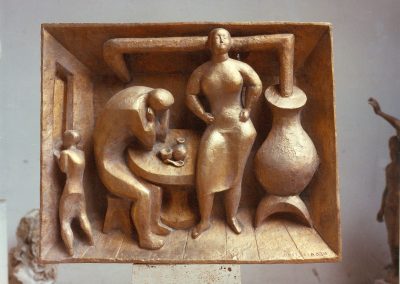 ELEMENTS IN A LIFE STUDY 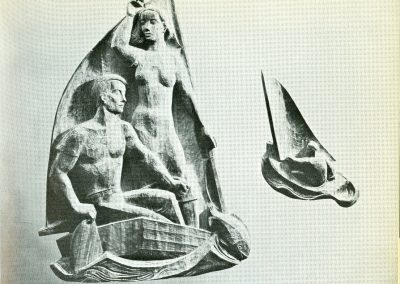 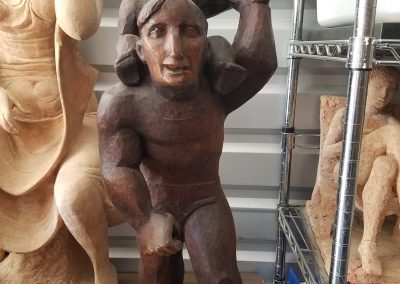 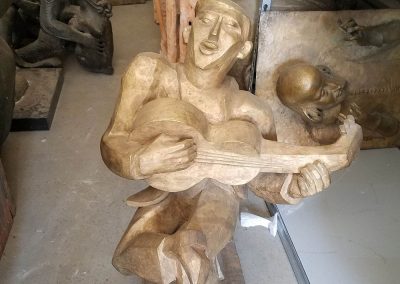